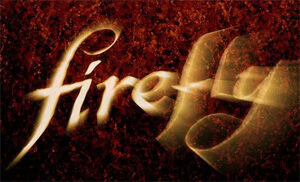 The original Discussion Forum for the series Firefly on Fox. Series actors have been known to post on these forums from time to time.

The original Fox message board for Firefly (known as The OB) was in use from September 2002 to December 2012.

In the earliest days it was often so busy that it was difficult to get on. There were many discussions with members of the cast. Even after the cancelation of the show cast members were known to stop by now and then to chat for a bit.

After Fox cancelled the show in December of 2002 they shut down the forum. But due to fan protests it was brought back and preserved long after all of the other forums for Fox shows were gone. For ten years dedicated fans continued to post messages daily, creating hundreds of threads. Aside from the main Firefly threads there were discussions on wide range of topics, games, poetry, and more. The social hub of the board was the Serenity Saloon where everyone would meet to enjoy a glass or two of Mudder's Milk and catch up with all the latest gossip. New members continued to join up until 2012, when the forum was closed permanently.

Community content is available under CC-BY-SA unless otherwise noted.
Advertisement